Segments appearing here are submitted to us and align with the intent of the Youth Civil Rights Academy, but do not necessarily represent our views.

September 11, 2001. Since the terror attacks struck US soil, anti-Arab and anti-Muslim bigotry has remained a consistent phenomenon, resulting in a dramatic increase in hate crimes against Arab Americans, American Muslims, and those perceived to be Arab or Muslim. The political conversation following the 9/11 attacks was initially crafted to the public as a peaceful religion that had been misconstrued by a radical group and used for violence.

Fast forward to the 2016 presidential election which brought with it candidates perpetuating and escalating bigotry based on race, ethnicity, and religion as a campaign pitch. Senator Ted Cruz called for law enforcement to “patrol and secure Muslim neighborhoods” following the terrorist attacks in Brussels in March 2016. President Donald Trump built his campaign around fear of those overseas, or “the others.” He claimed that Arab Americans were cheering in response to the terrorist attacks of 9/11. He stood by his promises as he enacted a ban on Muslim immigrants and a host of other proposals that threaten the very nature of our democracy. 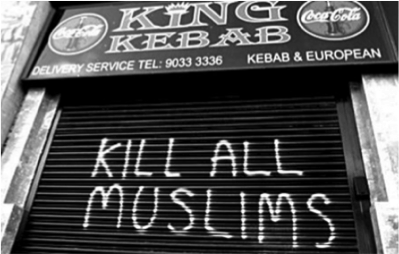 Islamophobia is the prejudices towards or discrimination against Muslims due to their religion, or perceived religious, national, or ethnic identity associated with Islam. Like anti-Semitism, racism, and homophobia, Islamophobia describes mentalities and actions that demean an entire class of people. In essence, rights that are affirmed by the first amendment, specifically freedom of religion, are actively violated by religious hate crimes inspired by pure distrust and hate. Islamophobia is simply another reincarnation of an unfortunate trend of bigotry that Jews, African-Americans/Blacks, and other populations throughout history have faced.

Following the November 2015 terror attacks in Paris, mass shooting in San Bernardino, California, and the Orlando nightclub shooting, reports about Muslims facing violence, harassment, intimidation, and bigotry have become omnipresent. Many Muslims say that Islamophobia is worse than it was after 9/11. Indeed, the historical and present anti- Muslim rhetoric exacerbate the threat Muslims face on a daily basis.

Women who wear the hijab, or niqab, are visible representation of Islam and thus face a significant risk of exposure to discrimination, harassment, and attacks. Most recently, 17-year-old Nabra Hassanen was beaten to death in Virginia by a man with a baseball bat. From Portland to now Virginia, young Muslim girls and women wearing the hijab are becoming the most frequent targets.

Undeniably, mainstream media, along with the State, is attached to the narrative and presumption that Muslim identities are tied to terrorism, thereby devaluing their voices in the process of seeking resolutions. In early May of this year, the Senate Judiciary Committee convened to address the spike in religious hate crimes; however, failed to include any Muslims in the conversation. The exclusion of such a critical group at the table speaks to the lack of not only representation of those making executive decisions, but also threatens the opportunity of a unique voice to be heard. Ultimately, this act was a consistent rejection of Islam and further perpetuates state actors involved in facilitating terror policy exposed to communities that foster violence.

With the rise of anti-Islam incidents, it must be emphasized that such acts of violence cannot be separated from the current political movement – a moment where Black lives are under attack and where bigots are inspired by the anti-Black, anti-Arab, and anti-Muslim rhetoric. As a community, we must ally ourselves with our brothers and sisters fighting a similar war and work tirelessly to reject the narrative imposed on us.

As we move forward, I encourage readers to further consider specific rights violated by hate crimes and the ways in which these rights intersect with other identities. It may also be helpful to consider where hateful language comes from and how we can understand anti-Muslim/Black/Arab rhetoric. 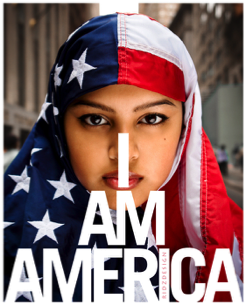 Questions to Consider and Discuss